Most Likely, Sailfish OS 1.0.3.3 Will Be Available Soon

Hello Linux Geeksters. As you may know, Jolla is a project developed by former Nokia employees. The first Jolla smartphone is running on Sailfish OS, a modified Megoo Linux system, which is Android compatible, uses Wayland as the default display server , uses Nokia N9′s Maliit touchscreen keyboard and comes with interchangeable covers, allowing the users to easily switch them, in order to change the color/model of the phone and comes with impressive hardware specifications.

Using the current version of Sailfish OS, Sailfish OS 1.0.2.5, a user got a start/shutdown loop and bricked his Jolla, and after receiving it back from the service, he got it with Sailfish OS 1.0.3.3, codename “Naamankajärvi”, which most probably is the next Sailfish OS version. 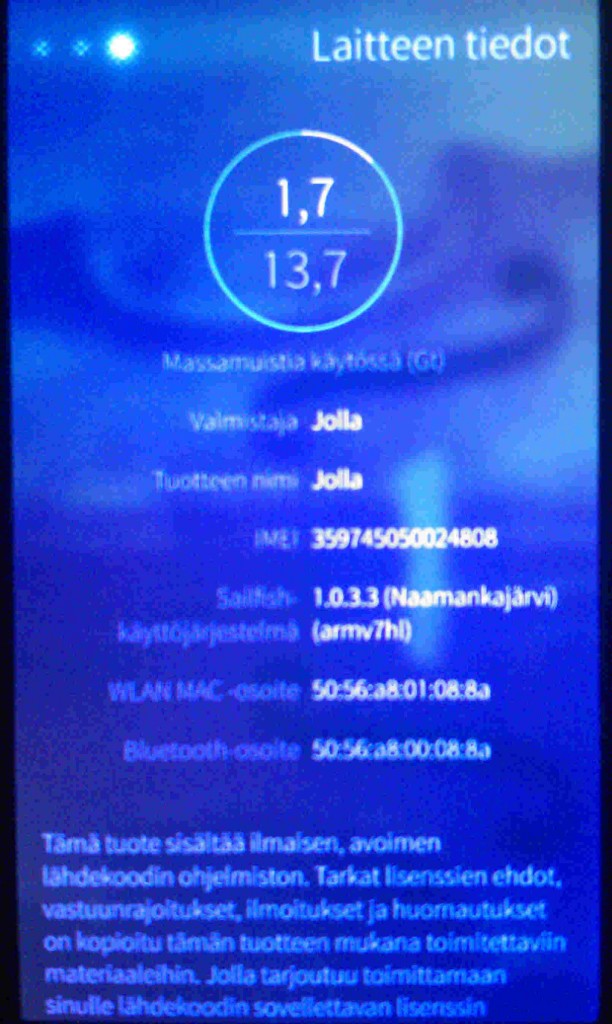 Some Jolla developers have responded to this, saying that they are performing tests on the Sailfish OS 1.0.3.3 for a few days only, meaning that the next version of Sailfish OS is about to arrive. (via)