Hello Linux Geeksters and Raspberry Pi enthusiasts. The November’s edition of the MagPi, MagPi Issue 18 is now available for download. 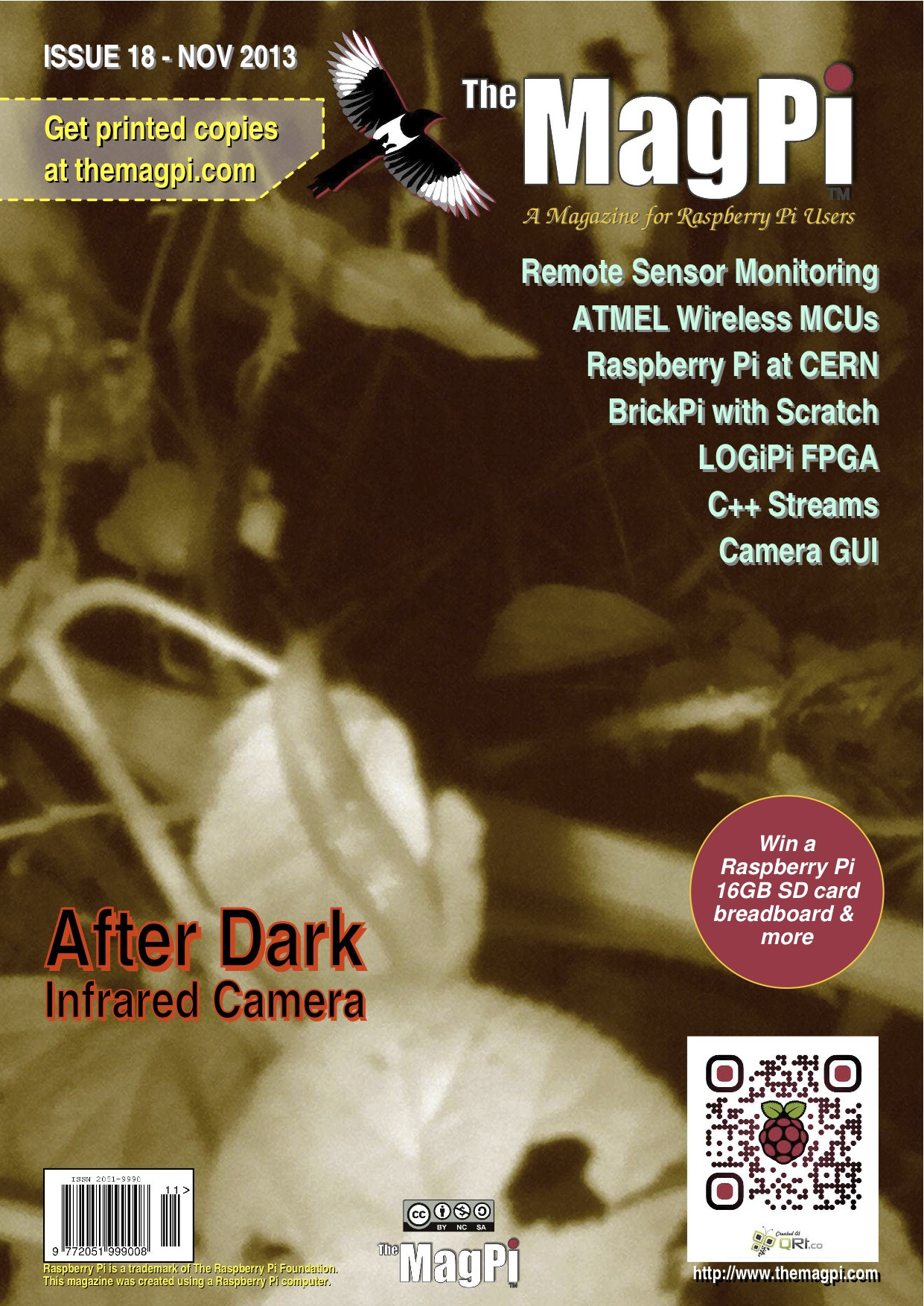 Among others, MagPi Issue 18 contains a great article expainng how to create a night vision video with Pi NoiR, the new Raspberry Pi camera that comes with the infra-red filters removed. Also, other intersting Raspberry Pi subjects are convered in the magazine, including the PiVision program, an article about the Raspberry Pi at CERN, the first article from the ‘Project Curacao’, a monitoring system based on Raspberry Pi.