Now, You Can Install Ubuntu’s Unity On Your Arch Linux System, Via The Unity-For-Arch Packages

Hello Linux Geeksters. A few months back, a third party developer has intended to create an Arch Linux flavor (Unity-for-Arch) that uses Ubuntu’s Unity as the default desktop environment. Despite the fact that it was ready for release in June 2013, the LiveCD had a bunch of issues and so, the developer changed the initial plan and started porting Unity on Arch Linux, via some third party repositories.

Now, the developer has made Unity-for-Arch ready, enabling the users to install the Unity packages from Ubuntu 12.04 Precise Pangolin on their Arch Linux system. By installing Unity on your Arch Linux, you also install the LightDM display manager, Nautilus, Gnome, GTK3/GTK2 toolkits, Ubuntu indicators and libraries and Unity Lens. 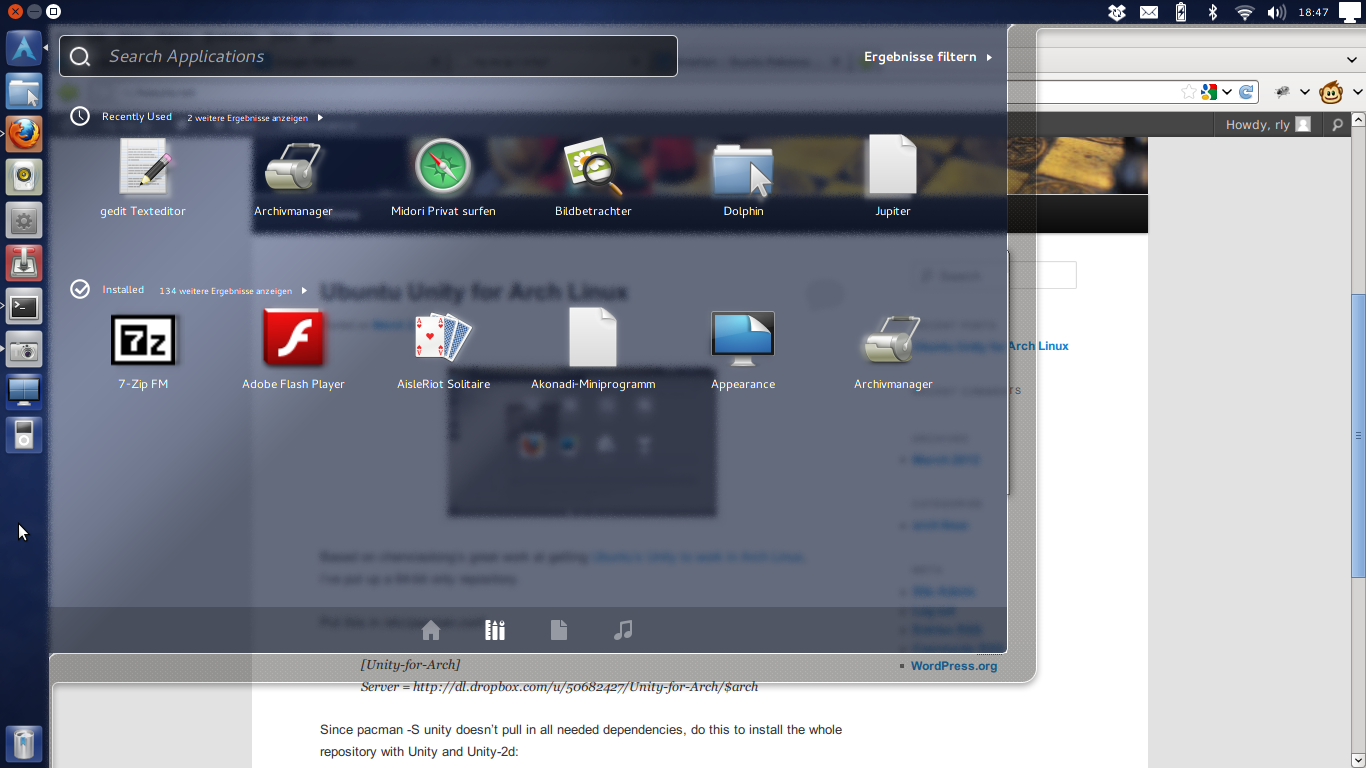 In this article I will show you how the Unity desktop environment (called Unity-for-Arch) on Arch Linux.

Follow the above instructions, in order to get a successful installation.