OCNews 1.6.0 For Sailfish OS Is Now Available Via OpenRepos.net

Hello Jolla Enthusiasts. As you may know, OCNews is an ownCloud news application, that syncs the user’s ownCloud server, enabling him to see the local available feed items offline. With a graphical user interface similar to Nokia N9′s Feed Reader, it enables the users to manage feeds and folders on the ownCloud server. 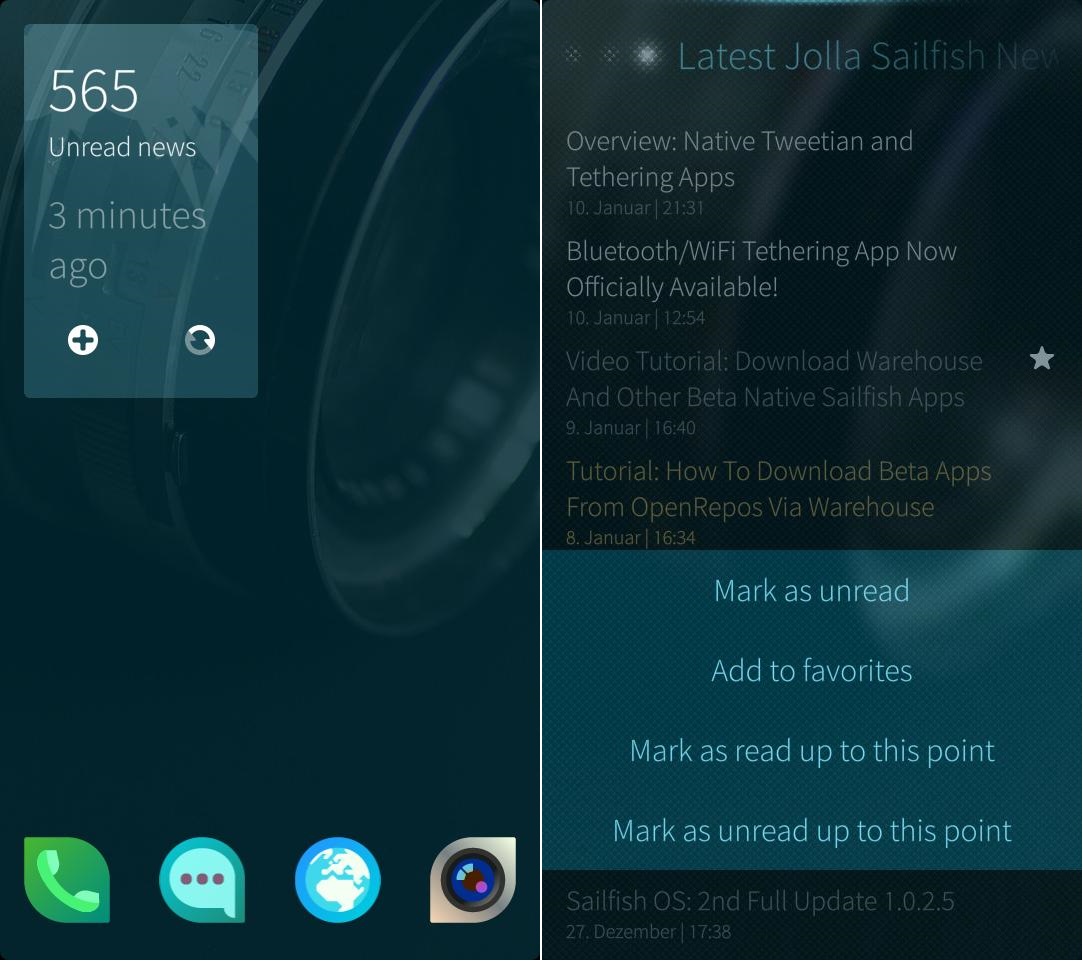 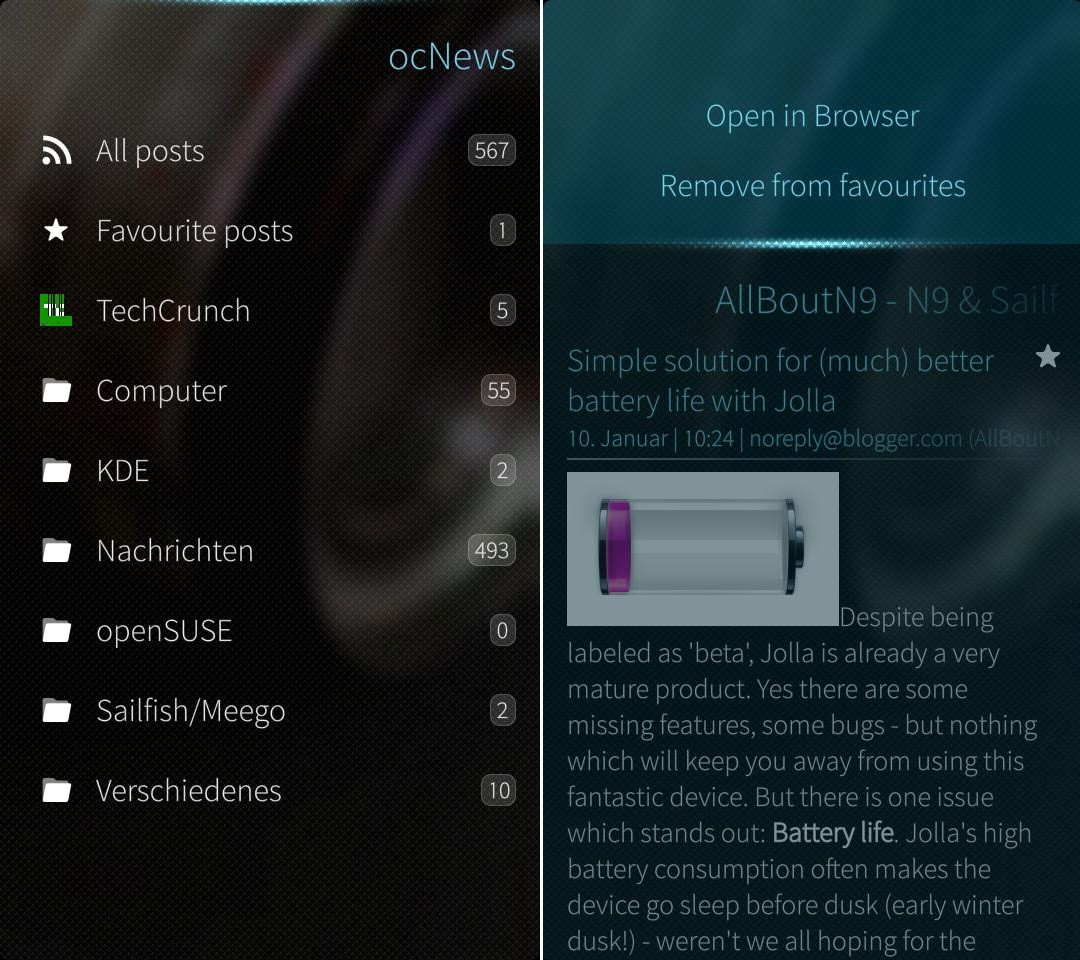 The latest version available is OCNews 1.6 which has been recently released, coming with the above changes and enhancements:

The easiest way for getting OCNews 1.6 on your Jolla’s Sailfish OS is to install it via Warehouse, the official openrepos.net client. Also, you can download the OCNews rpm package and install it via double-click, directly from the file manager.