The latest version available is Opera 28 (28.0.1750.40), which has been recently released, coming with a feature for syncing bookmarks between devices using Opera Mini for iOS, Opera for Android and Opera for Linux and Windows. All the devices are synced when you sign in with your opera account. For now, only the bookmarks can be synced, but Opera works on a full synchronization solution.

Other changes implemented on Opera 28: 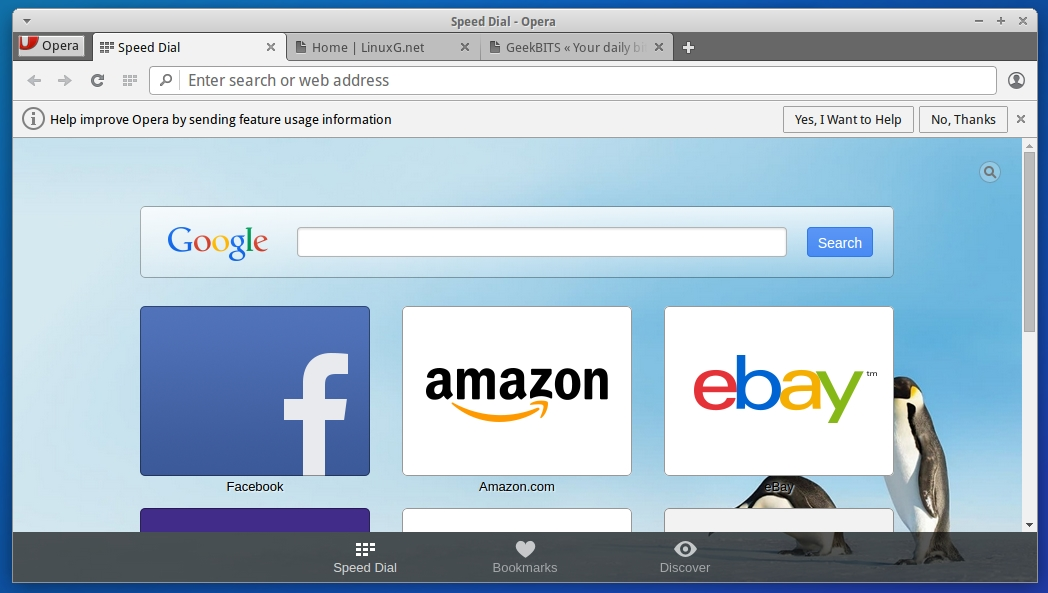 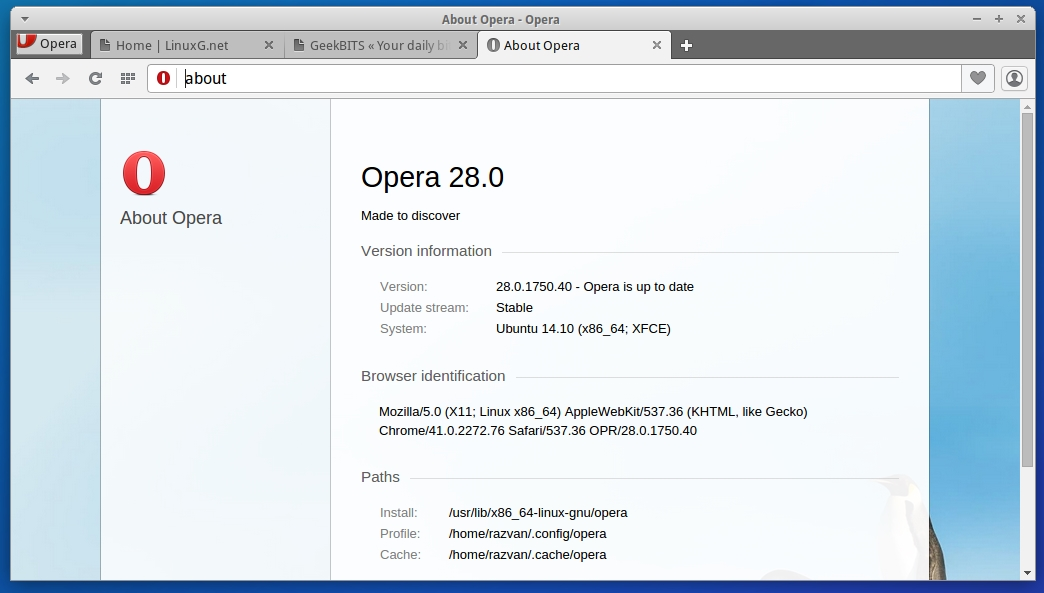 To install Opera 28 on Ubuntu 14.10, Ubuntu 14.04 or a derivative system, we have to download the Opera 28 deb package from the Opera pool and install it via command-line. I prefer gdebi over dpkg, due to the fact that it also handles dependencies.

Because the Opera 28 deb package gets updated frequently, most likely version 28 will be replaced by a new one soon, so when this link becomes obsolete, download the deb for amd64 Ubuntu systems from HERE and install it via gdebi.