Hello Linux Geeksters. As anticipated, Pear OS 8 has been officially released today. Since there is no official announcement yet, we don’t have a list of changes and improvements, brought by the final version of Pear OS 8. 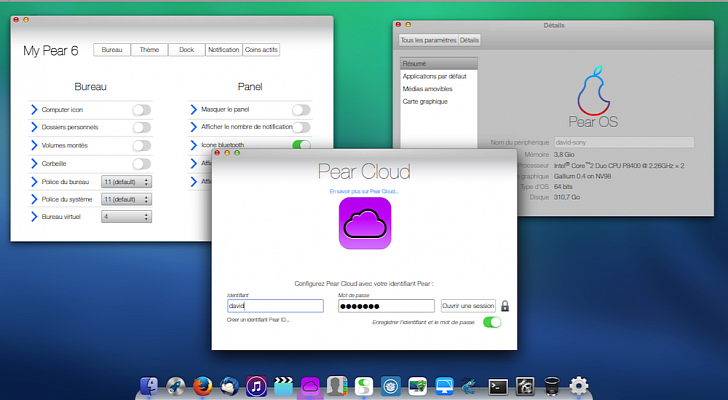 Pear OS’s main goal is to be an Ubuntu/Debian based Linux operating system for desktops, laptops and tablets, offering a simple, extremely easy to use, yet powerful user interface, which is very similar to the Mac OS desktop. It features an out-of-the-box multimedia experience, it’s safe, reliable, and requires very little maintenance.

For those who don’t know yet, Pear OS 8 is based on Ubuntu 13.04 Raring Ringtail, uses a customized version of Gnome Shell, called Pear Shell and has a design inspired by Mac OS X. Also, it comes with Pear Cloud, Clean My Pear 2, MyPear 6 already installed and more than 3.000 packages available via the default repositories.

David Tavares, the main developer of Pear OS is also the created of Sync Drive, a frontend to Grive that enables the users to sync files with their Google Drive accounts.