Learn How To Create Origami Unicorns From Canonical

Hello Linux Geeksters. As you may know, Ubuntu 14.10 Utopic Unicorn is scheduled for release on the 23rd of October, 2014.

Canonical was present at dConstruct, a gathering where creative people every year discuss different topics regarding digital innovations and culture. They sponsored the conference this year and also presented instructions on how to build a unicorn origami which is the codename for the upcoming release of Ubuntu 14.10.

At the dConstruct event in Brighton, Great Britain, Canonical has taught everyone at the event how to create origami unicorns. To celebrate the upcoming Ubuntu release, the Ubuntu developers have created the “Make your Unicorn” competition, where the competitor that created the best origami unicorn got a Bq phone running Ubuntu Touch. 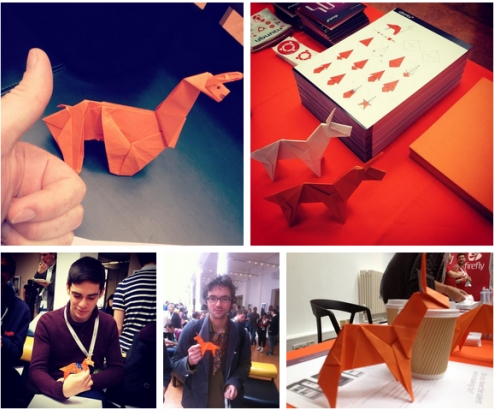 To create an origami unicorn yourself, follow the instructions in this tutorial.

Also, Ubuntu Touch will get ready for release, in worst case scenario, by the end of this year, since the first Ubuntu Touch powered Meizu phones are scheduled to arrive by then.