We have previously presented Erle-Copter, the first drone that runs Canonical’s Ubuntu Snappy Core, an Ubuntu version designed for ioT.

But the interesting thing about this drone is that it has support for third party applications, unlike other drones available on the market. 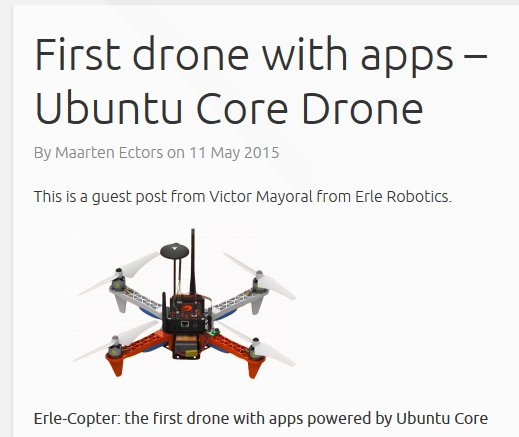 This is part of Canonical’s work to create the ultimate operating system for ioT (Internet of Things), an operating system available for all the smart devices interconnected all together. Also worth mentioning, Ubuntu Snappy Core has received official support for Raspberry Pi 2, which is the most popular ARM singleboard mini-computer so far, because it has both good documentation and a big community.

The Ubuntu Core Drone will be presented at the IoT World which takes part right now, on May 12-13.