Starting With Audacious 3.6, The Music Player Will Switch From GTK3 To GTK2, Until It Will Be Ported To Qt

Hello Linux Geeksters. As you may know, Audacious is an open-source music player, having the features of a modern music player, including support for audio effects, equalizer, lyrics and plugins, visualization, support for Winamp skins and support for playlists organized in tabs.

While the previous Audacious versions were built against GTK+2, the latest versions of the audio player have been created in GTK+3. Recently, the developers have announced their plans to switch back to GTK2, starting with Audacious 3.6, the final goal being the switch to Qt. The Audacious developers are not happy with the monochrome icons, the client-side decorations and the message windows. 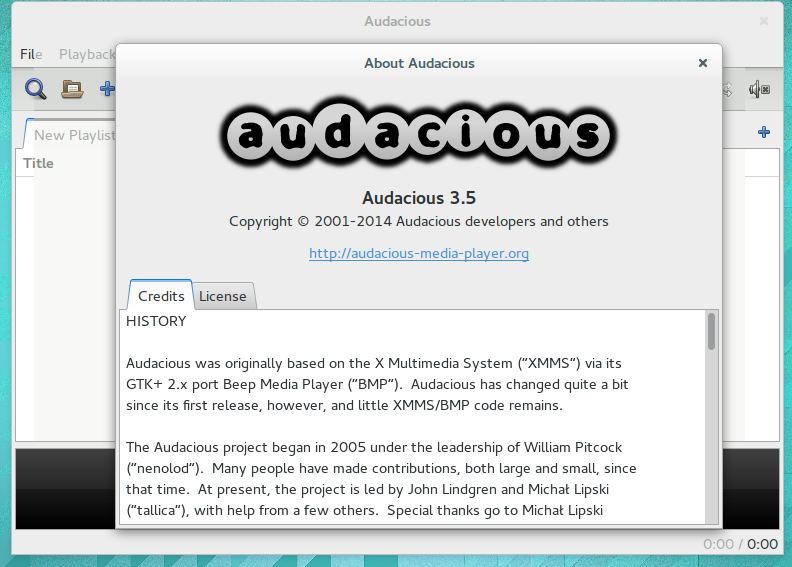 Because it is available via PPA, all you have to do is add the ppa to your system, update the local repository index and install the audacious and audacious-plugins packages. Like this: