SteamOS 1.0, Based On Debian 7.1 Wheezy Has Been Officially Released

Hello Linux Geeksters. As you may know, Valve has released their first beta version of SteamOS 1.0 “Alchemist”, based on Debian Wheezy. 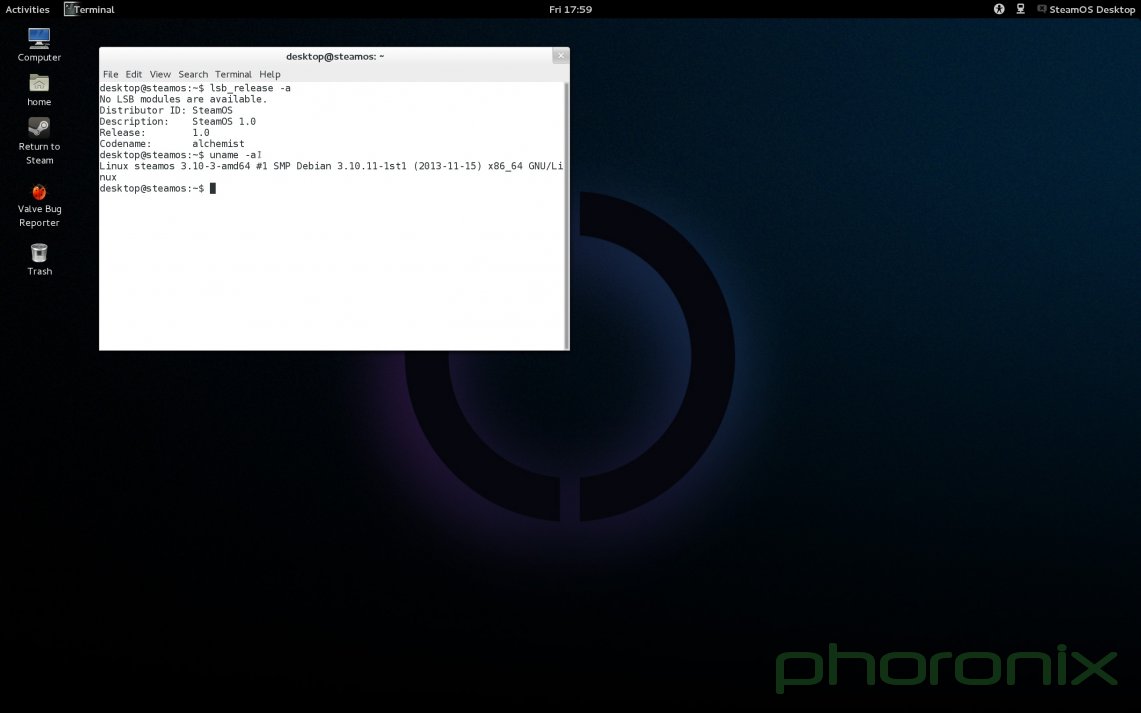 While Debian Wheezy does not use up to date packages from stability reasons, SteamOS 1.0 back-ports fresh Nvidia and Catalyst binary drivers, comes with support for Mesa, eglibc 2.17, runs on customized kernel 3.10, uses SysVinit as the default system event manager, auto updates from its own repositories, uses GNOME Shell as the default desktop environment for the Big Picture mode and comes with its own graphics compositor, which is actually a customized version of the lightweight Xcompmgr compositor, that runs over X.org.

Valve provides a SteamOS installer (download link), in order to facilitate the users to easily install the first Linux gaming system on their computer.

Also worth mentioning is that SteamOS will not provide the basic functions of a normal OS, since it won’t have a file manager or a image view aplication. However, it will most likely have support for streaming video services, like Netflix or Hulu Plus, since Valve has announced that the most popular and loved TV shows, music videos and other video media will be available via Steam and SteamOS.