Hello Linux Geeksters. As you may know, Pear OS an Ubuntu derivate that uses a customized version of Gnome Shell, called Pear Shell and has a design inspired by Mac OS X. Pear OS 8 has been released yesterday, but David Tavares, the main developer of Pear OS has bigger plans than that. 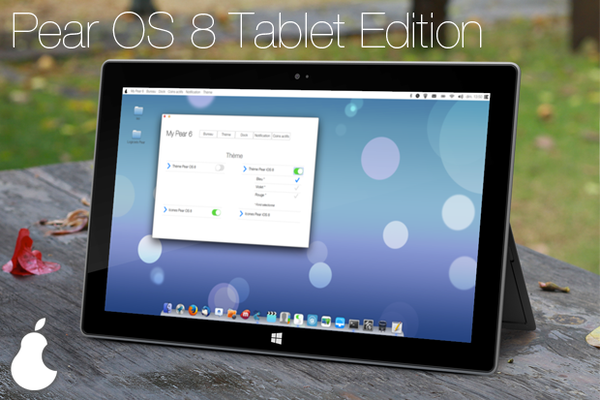 Until now, Ubuntu versions that have UEFI support have been experimentally ported on Microsoft tablets, but they don’t behave well enough to be usable for daily tasks.

The ARM version of Pear OS 8 will be also installable on other ARM based smartphone and tablets, similar to Canonical’s Ubuntu Touch. To support the project, go here.

Since €10.5000 in 42 days is a reasonable amount of money, this campaign has good chances. This could be the rise of the Linux / Ubuntu systems in the tablet market. via lffl.org