The First Beta Version Of Elementary OS 0.3 Freya Has Been Officially Released

Hello Linux Geeksters. As you may know, Elementary OS is an Ubuntu LTS derivative, which a customized version of Gnome Shell, called Pantheon Desktop, as the default desktop environment and most likely is the most beautiful Ubuntu derivative available.

The first beta version of Elementary OS 0.3 Freya, based on Ubuntu 14.04.1 Trusty Tahr LTS, has been officially released, using Kernel 3.13 and the drivers and graphics stack of Ubuntu 14.04. Also, it has support for UEFI and the developers say that the Ubiquity installer for Mac computer will be available until the final release of Freya. 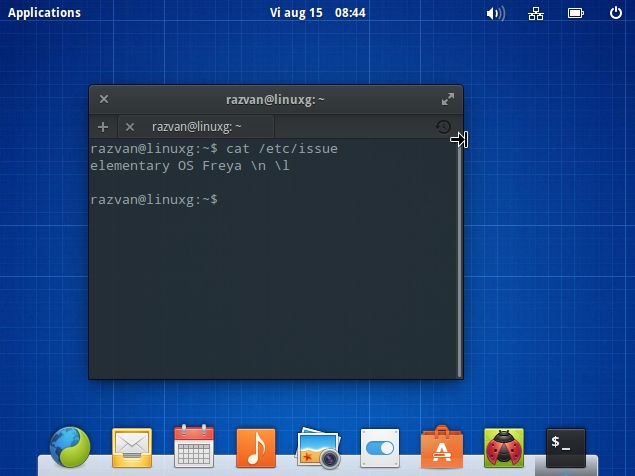 Among the updated applications, Vala has been updated to version 0.24, Gstreamer 1.0 and GeoCode have been added, the Slingshot menu now uses the Synapse plugins for the search and the lock screen has been made to look identically as the display manager, allowing the users to login as guests.

Last but not least, Elementary OS 0.3 Freya comes with Vocal, a new application developed for the playback of Podcasts.

These are the main novelty landed yet in elementary OS 0.3 Beta 1 Freya, remember that we are talking about a version still under development which will most likely include other features before the release of the stable version.

Due to the fact that this is a system still under massive development, you should test it inside a virtual machine because it is not yet ready to be used as the main system.

Also, if you already have a version of Ubuntu 14.04 or Ubuntu 14.10 installed on a virtual machine, you can install Pantheon desktop and test it. However, installing Pantheon Desktop on Ubuntu 14.04 is not the same thing as testing Elementary OS 0.3 Freya, but somehow it provides a similar feeling: