Hello Linux Geeksters. The Raspberry Pi developers have teamed up with Wolfram Research and they will include some free versions of Mathematica and Wolfram Language by default in the next Raspbian images. 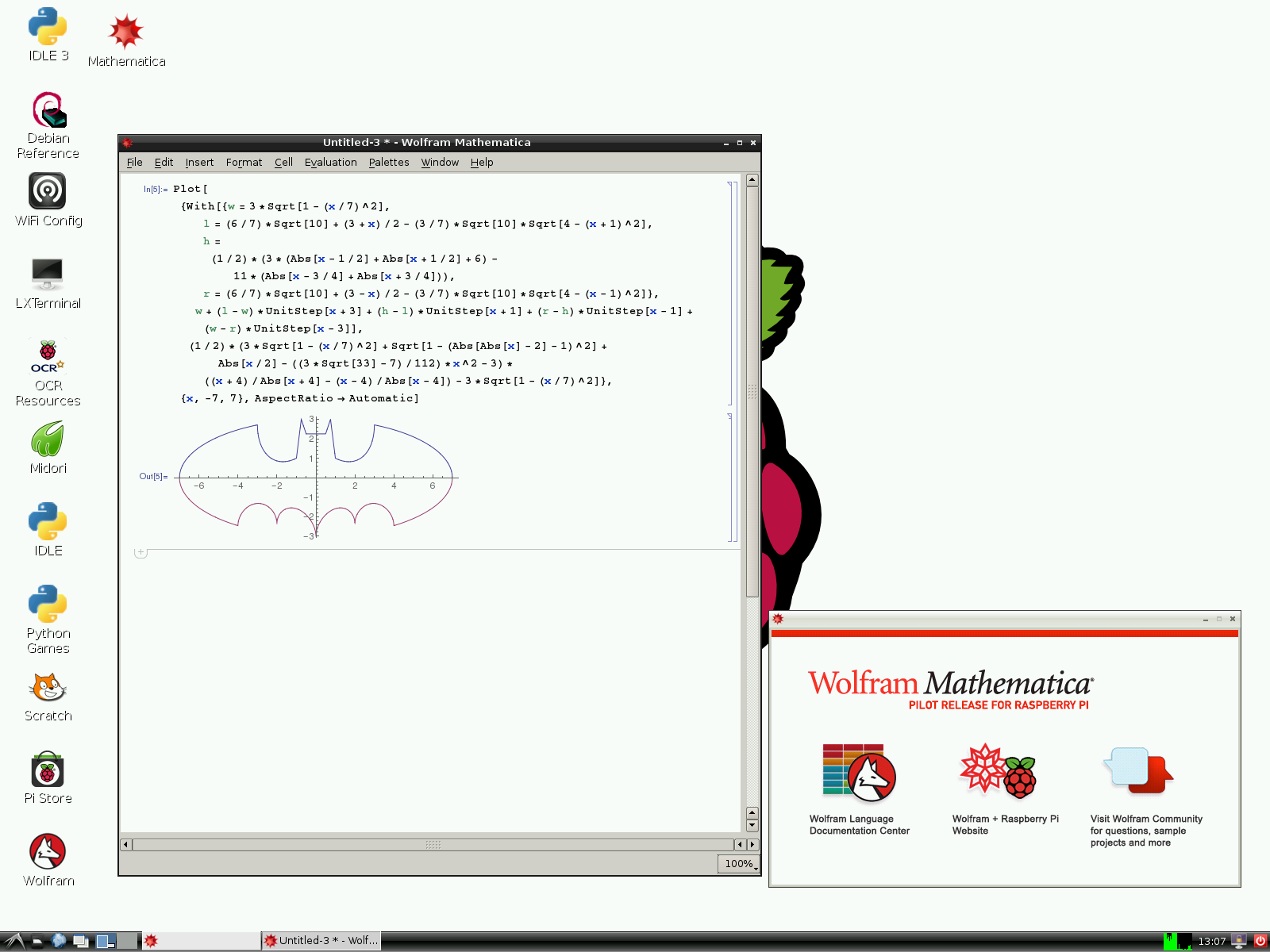 If you already have a Raspbian version running on your Raspberry Pi, all you have to do to get the two Wolfram apps is update the local repository index and install the wolfram-engine: