The Gimp Magazine Launched CALL FOR SUBMISSION For Issue 6

As you may know, GIMP (GNU Image Manipulation Program) is an open-source advanced photo editor, providing the users the basic photo manipulation functions.

The latest issue available of the Gimp Magazine is Issue 4, which has been released in September. While Gimp Magazine Issue 5 is still work-in-progress (no release date announced yet), help is needed for Issue 6.

They launched a CALL FOR SUBMISSION requesting the Gimp enthusiasts help. 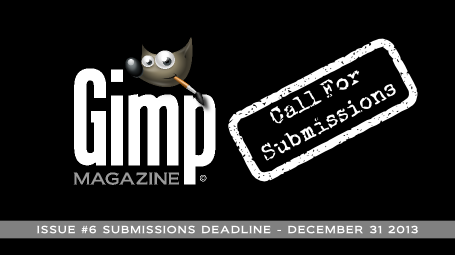 If you would like to contribute to the Gimp Magazine, or at least make a donation, see this article.

For documentation, you can also follow the “Meet the Gimp” video series.