Hello Jolla Enthusiasts. Despite the fact that the touchscreen keyboards became very popular lately, at least for the touchscreen phones, a third party Jolla enthusiast has decided to create a QWERTY keyboard for the Jolla phone. 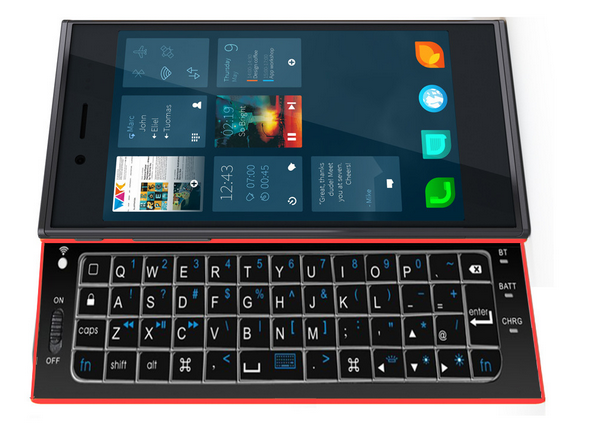 Dirkvl @TMO, has created 100 QWERTY keyboards for the Jolla, is giving away the first 22 pieces to the people that have supported his project and donated money, and the other 78 units are for sale, for about 100 Euros + shipping taxes. If you want to pre-order the Other Half Keyboard, go to this link.

For those who don’t know, Jolla is a project developed by former Nokia employees. The first Jolla smartphone is running on Sailfish OS, a modified Megoo Linux system, which is Android compatible, uses Wayland as the default display server , uses Nokia N9′s Maliit touchscreen keyboard and comes with interchangeable covers, allowing the users to easily switch them, in order to change the color/model of the phone and comes with impressive hardware specifications.

Tagged with: jolla, jolla keyboard, jolla news, sailfish os, sailfish os news, the other half keyboard
Posted in The Linux and Unix Articles!