Hello Tizen Enthusiasts. As you may know, Samsung is going to release the Samsung SC-03F smartphone running on Tizen 2.2 via NTT DoCoMo, a Japanese mobile operator, most probably in the first quarter of 2014. 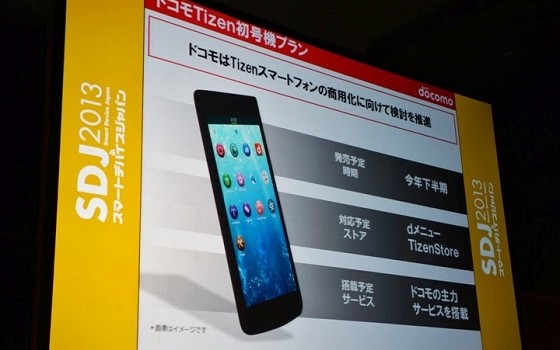 For now, there isn’t much information about the new Samsung device, there are only speculations that the new device will have a 720p screen.

All we know is that it has passed the NTT DoCoMo testing terminal, for the following transmission bands:

As a reminder, Tizen is an Android compatible, Linux based system, developed by Samsung in collaboration with Intel and sponsored by the Linux Foundation. Despite the fact that Samsung is involved, the first tablet running on Tizen has been created by a japanese manufacturer and aims to provide both documentation and a testing environment for developers and Tizen enthusiasts. While Samsung Redwood Z9005 (the first Tizen based smartphone developed by Samsung) has been announced, a Tizen running Samsung Galaxy S4 may be released in 2014. Samsung has also created the Samsung NX 300M camera, the first camera running on Tizen.