The Ubuntu Saucy T-Shirt Is Now Available For Online Orders

Hello Linux Geeksters. As you may know, Canonical has a reputation of selling acccessories, coffee mugs, T-shirts and many other things with the logos of the latest Ubuntu versions designed on them.

Recently, the Ubuntu 13.10 Saucy Salamander T-shirt has been added to the Canonical shop and can be ordered by all the Ubuntu fans, from across the world.

The Saucy T-shirt, having a rich navy color and a salamander design, is available in two versions, for both men and women. The following images will give you a better idea of how the T-shirts look. 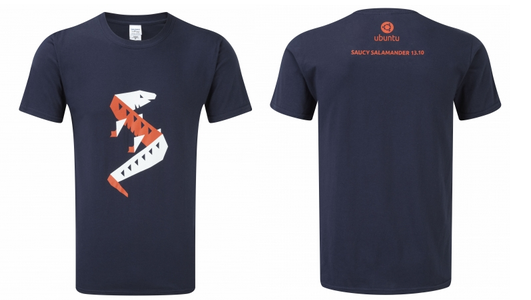 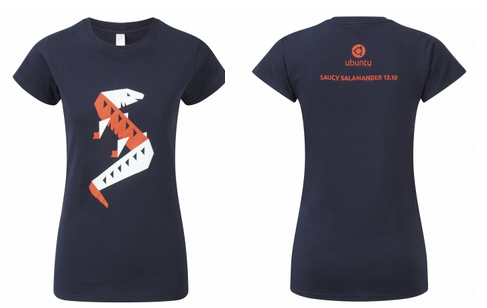 The Ubuntu Saucy T-shirt costs £10.25 and can be ordered from here.

To keep this article geeky, I feel like reminding you that both Ubuntu 13.10 Saucy Salamander and Ubuntu Touch 1.0 will be released on the 17th of October.

PS: It looks like I am better at installing apps than I am at describing T-shirts.