The Ubuntu Touch File Manager Has Been Demoed In A Video, Running On Ubuntu 14.10

Hello Linux Geeksters. As you may know, Canonical has been working hard lately, at both the desktop and mobile version of Ubuntu, and towards convergence.

Mark’s Shuttleworth big dream is to reach full desktop-mobile convergence somewhere between the releases of Ubuntu 14.10 and Ubuntu 15.04 (between October 2014 and April 2015).

By convergence, the same code will run on both desktop and mobile versions, while the interface is “responsive”, adjusting to fit the screen. A demo video of convergence can be seen here.

Sorin Popescu, a third party geek has created a demo video of the default File Manager of Ubuntu Touch, running on Ubuntu desktop.

In the below video, we can see the file manager in action, the user is creating a new directory, rename it, delete it, change the view type of the files and show and hide hidden folders. Also, due to the fact that it is a “convergent” app, it has been resized to a dimension fitting on a mobile device.

I have installed it for myself and you should do the same, if you are curious about it. But I recommend you do on Ubuntu 14.10, it runs buggy on Ubuntu 14.04, where I have tested it. 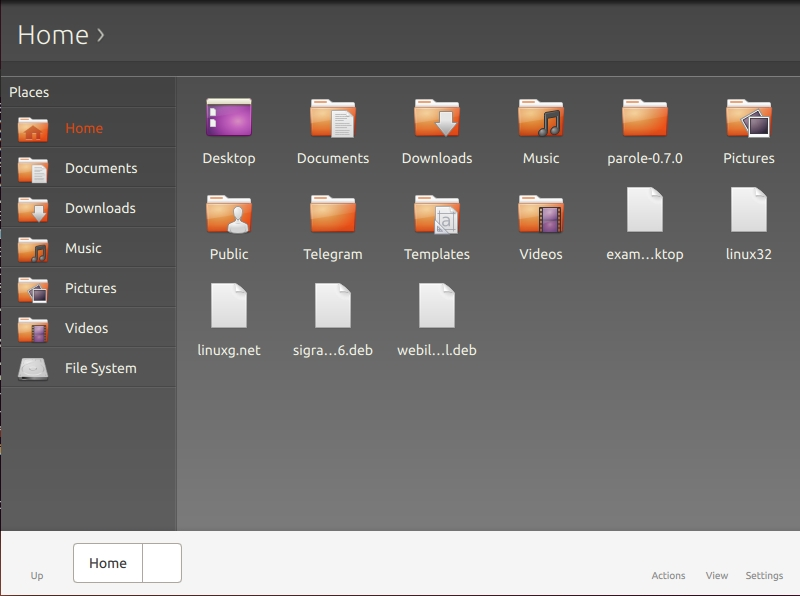