As a reminder, Marcos Costales has worked at a GPS navigation application for Ubuntu Touch for a while now. The application, called intuitively GSP Navigation,  is freely available via the Ubuntu Store, for everybody that owns an Ubuntu Phone.

The application is based on OpenStreetMap and OSRM, which provide accurate and updated maps. It supports setting a destination, displays the arrival time, gives turn-by-turn indications, shows how many kilometers or miles are left until the destination is reached, has a speed indicator, can be used on both landscape and portrait views and permits the users to set a home place with a single tap on the map. The app is for driving only, so it cannot give you walking indications.

Also, the application works only online so a reliable internet connection is needed, but the internet traffic shouldn’t be a problem, since GPS Navigation eats 2 MB of internet data per 10 km/6 mile or 20 minute usage. 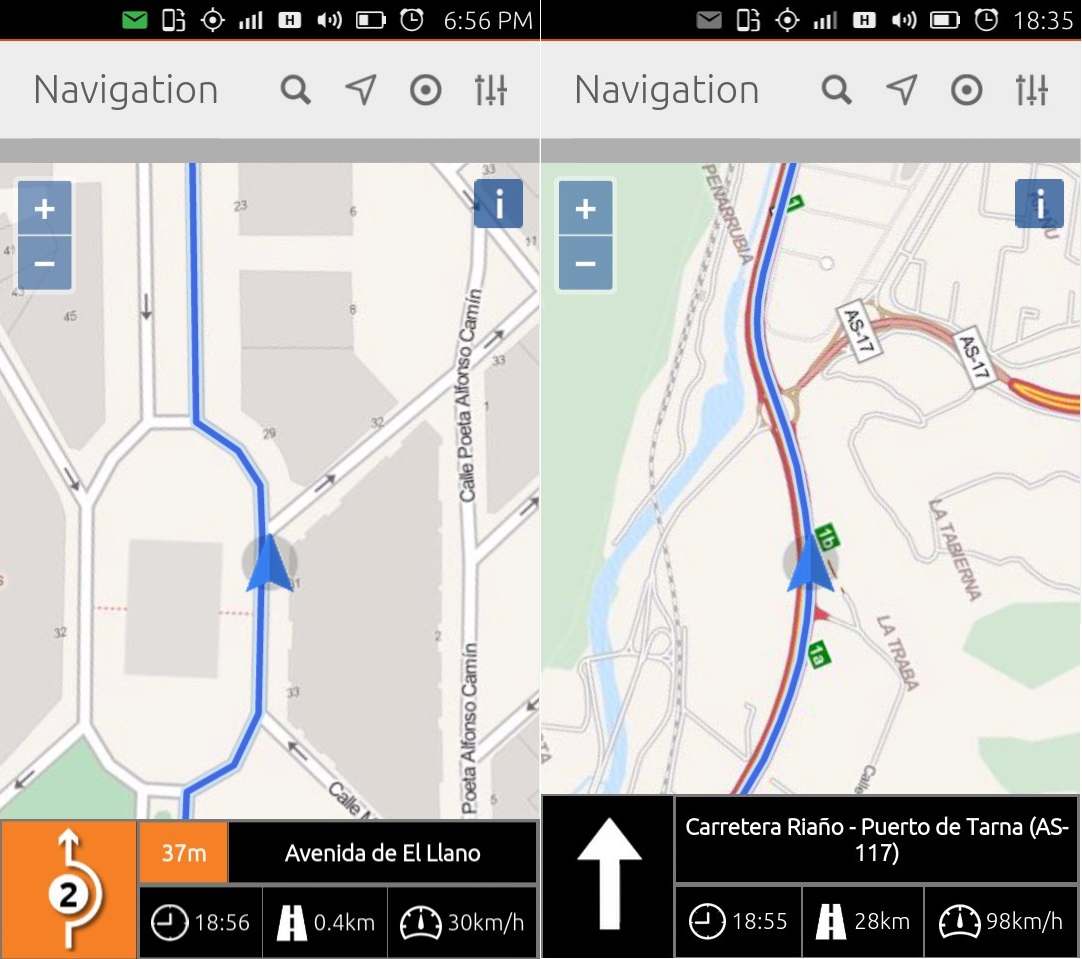 The application has been recently updated and received the following new features:

As a reminder, Ubuntu Touch is available by default on the BQ Aquaris E4.5, BQ Aquaris E5 and Meizu MX4 phones, but is officially supported on LG Nexus 4 also.