The Wine Developers Are Working At Making Windows Apps Available On Android, Via Wine

Hello Linux Geeksters. As you may know, the Wine developers have started to patch Wine on Android devices, in order to enable the Android users to toy around with Windows software, on both ARM and x86 processors.

As a result, the Windows Solitaire has been demoed running on an Android device. 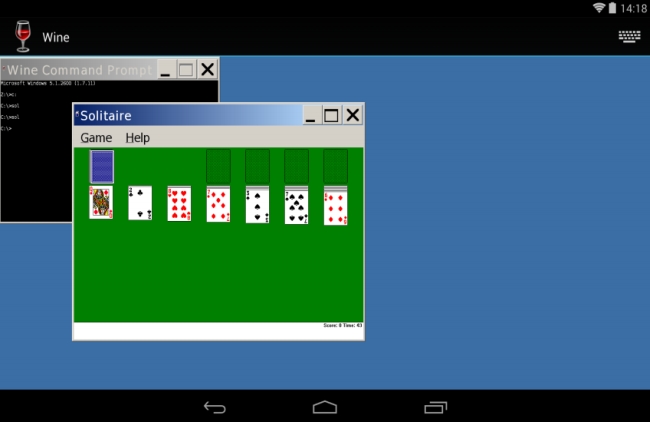 Despite the fact that there are apps not fully supported via Wine on Linux, many games have been specially ported to work under the emulator.

The wine developers have to fix the Android Java focus, make some missing libraries available on Android, bring Direct3D and OpenGL support, bring audio support and add support for launchers and MIME types. They are also working at the QEMU support, in order to enable the users to run x86 binaries on the ARM architecture.

The presentation slide from FOSDEM 2014, is available on the winehq official site.

For now, the easiest solution in running both Android and Windows apps on a tablet, is to install an Android emulator like Genymotion on a Windows running tablet.