The Wooden LastuCase For Jolla Is Now Available For Online Ordering

Hello Jolla Enthusiasts. As you may know, Jolla is a project developed by former Nokia employees. The first Jolla smartphone is running on Sailfish OS, a modified Megoo Linux system, which is Android compatible, uses Wayland as the default display server , uses Nokia N9′s Maliit touchscreen keyboard and comes with interchangeable covers, allowing the users to easily switch them, in order to change the color/model of the phone and comes with impressive hardware specifications.

For now, besides the default “The Other Half” cover, the Jolla enthusiasts can order four covers called: The Other Half Keira Black, The Other Half Aloe, Rovio’s Angry Birds Other Half and Makia Clothing Classy Other Half, which have been demoed at MWC 2014.

As I have previously written, Lastu, a Finnish company, has created a special wood cover for the Jolla phone. The cover is available in two flavors, Dark Brown and White and is made of manually crafted Curly Birch wood and reindeer leather covering the screen, having also a four slots for credit cards. 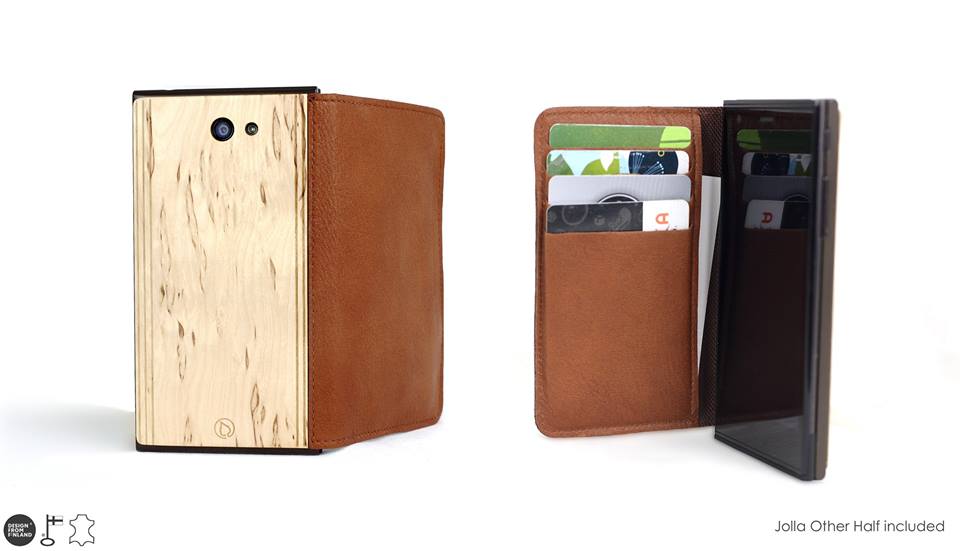 Also, the users can engrave the cover with their own text for free. The LastuCase are available for online ordering, for € 49 with free shipping, everywhere in Europe.