Hello Linux Geeksters. Ben Tinner, some third party developer has decided to create an Ubuntu 14.04 Trusty Tahr called Ubuntu MATE Remix, that uses the Mate desktop environment, in order to provide a GNOME 2 look and style. While the development of Ubuntu MATE Remix has already started, it is currently based on Ubuntu 13.10, but it will get updated soon to Ubuntu 14.04. 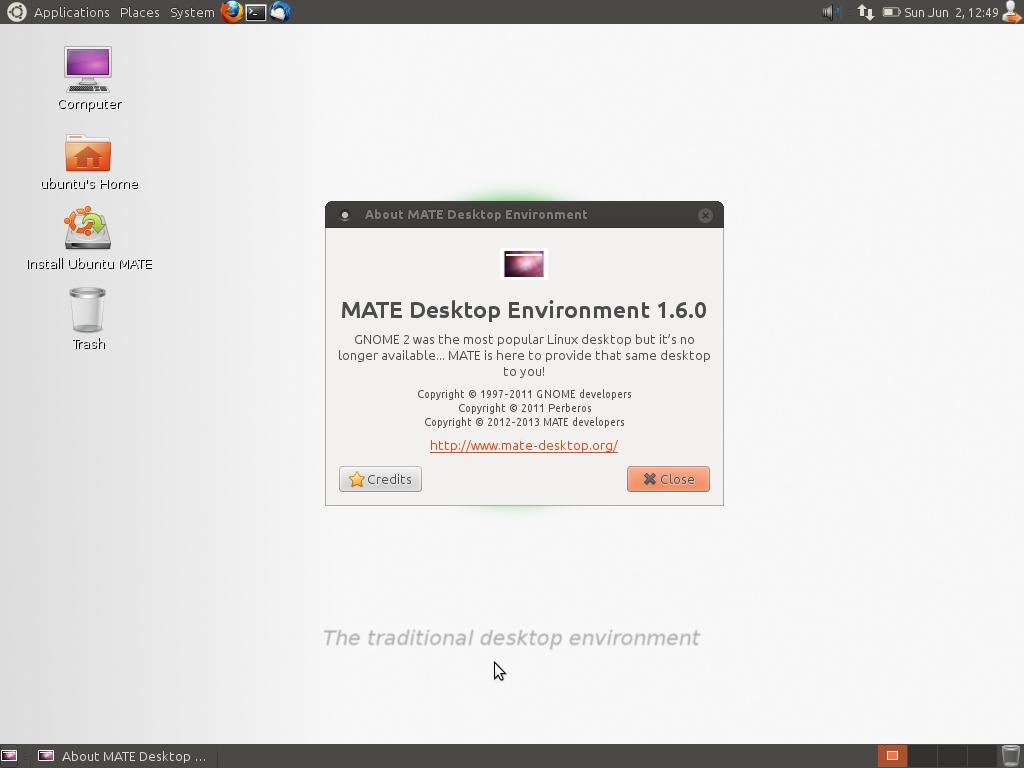 Because Canonical does not officially release an Ubuntu version running with the Mate desktop environment, this new system may become very popular among the old style GNOME 2 fans.

To quote the Ben exactly:

I am planning to create a new distro of Ubuntu which will have the GNOME 2 look and feel.

For now, the developer has difficulties with the implementation of a boot-menu GUI in the Live CD and making the GUI autostart, in order not to ask the user to use startx.

An Ubuntu MATE Remix prototype, based on Ubuntu 13.10 Saucy Salamander can be downloaded from here.