Hello Tizen Enthusiasts. Travel Translator is a bidirectional translator capable of translating spoken and written texts, having support for 37 languages. 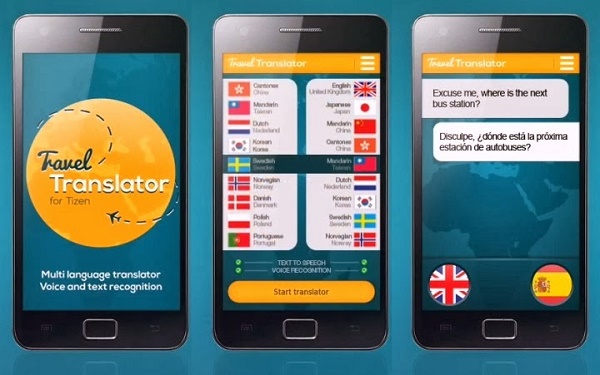 The app, which is available for the Tizen OS via the Tizen Store, is capable of translating from and to the above languages (from tizenexperts):

Also, a presentation video that demos the Travel Translator app is available above:

Recently, many new Tizen apps have been created or ported from other operating systems. Among others, worth reminding are: Nokia’s HERE Maps, Meecast, a new Zipper-like Lock Screen, and Twheel.

As a reminder, Tizen is an Android compatible, Linux based system, developed by Samsung in collaboration with Intel and sponsored by the Linux Foundation. Despite the fact that Samsung is involved, the first tablet running on Tizen has been created by a japanese manufacturer and aims to provide both documentation and a testing environment for developers and Tizen enthusiasts. While Samsung Redwood Z9005 (the first Tizen based smartphone developed by Samsung) has been announced, a Tizen Running Samsung Galaxy S4 may be released in 2014.