U1Files, An Unofficial Ubuntu One Client Is Now Available For Android, iOS And Ubuntu Touch

Hello Linux Geeksters. An unofficial Ubuntu One client, called U1Files written in C++ and built by using the Qt/QML libraries has been made available for Android, iOS and other mobile operating systems having QT and QML support.

“This App is wrote in C++ using Qt and QML for the user interface and, although currently is mainly focused on Android, it is 100% compatible with iOS, Ubuntu Phone and other Qt-compatible platforms,” 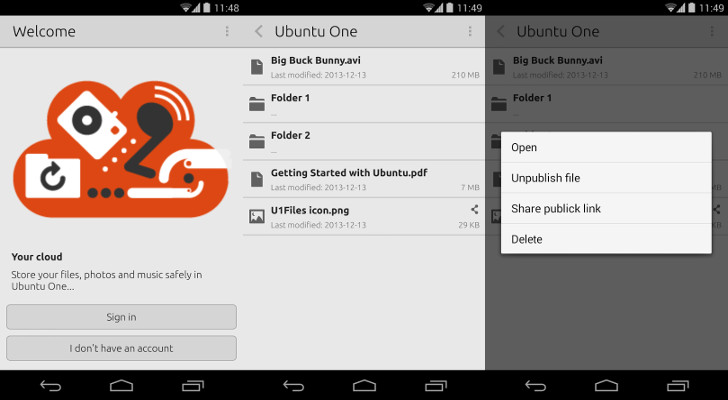 For now, the application is still an alpha version, but it can be easily installed on Android smartphones via the Google Play Store. It is not unstable, but lacks some important features, including: camera roll uploads. While U1Files has support for Ubuntu Touch, the official Ubuntu One app doesn’t work yet on Canonical’s mobile operating system.

As a reminder, Ubuntu One is a cloud storage service that offers 5 GB of web space to the users, for free.