Some geeks have installed an Ubuntu 12.04 Precise Pangolin on an MK802 TV mini PC with Rockchip RK3188 quad-core processor, the fastest arm processor on the market, used by tablets, TV sticks and other devices running Android. 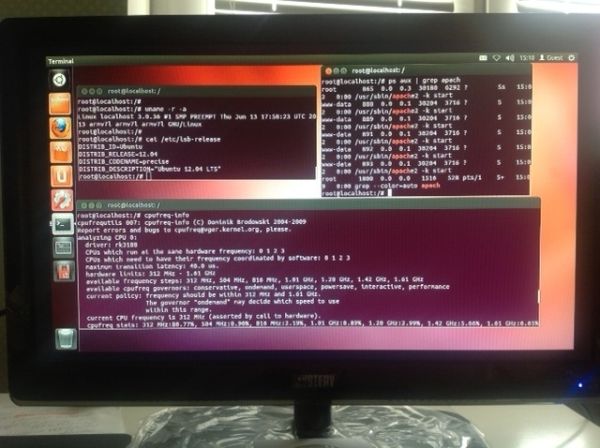 Because the source code for MK802 TV mini PC has been released, it became the starting point of installing Ubuntu on similar devices, including QC802 and Tronsmart T428. Basicly, Ubuntu should work on all the TV boxes with RK3188 chips, without affecting the Android OS, because the Ubuntu will be installed on an SD card.

But Ubuntu does not work perfectly on RK3188, it does not have support for WiFi, Bluetooth and hardware-accelerated graphics, yet. For more information, see this page.