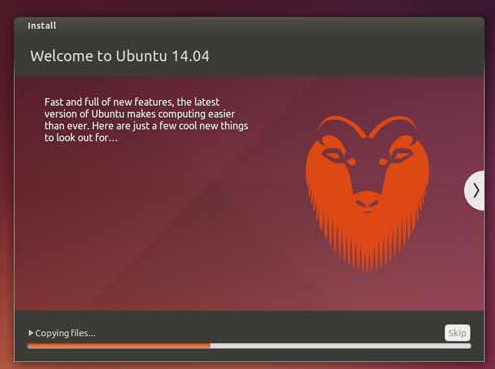 Canonical considers Ubuntu 14.04 Trusty Tahr the best Ubuntu system released so far, due to the fact that it got updated packages, a lot of new features and uses one of the newest kernels, so it supports the latest hardware specs.

Also, important new features have been implemented, including: a feature for minimizing the windows by single clicking the launcher, locally integrated menus (a feature also present on GNOME 3.12), improved shutdown dialogs, a new feature that allows the users to increase the volume up to 200%, a rewritten Unity 7 with support for window filtering by title, Unity Control Center as a replacement for GNOME Control Center, and of course, a new default wallpaper and 11 other pretty wallpapers submitted and voted by the community. Also, the Login Screen and the Lock Screen have been made to look identical.

If you are running an older version of Ubuntu but you want to get Ubuntu Trusty, the easiest way to do that is via command-line.

All you have to do is install the Update Manager Core:

Run the upgrade process and follow the GUI instructions:

Also, if you want to perform a fresh installation, download Ubuntu 14.04 Trusty Tahr from the official site.