Ubuntu 14.04 Trusty Tahr Will Be The First Operating System With A Torrent Search Feature Implemented By Default

Hello Linux Geeksters. As a reminder, Canonical has developed the Unity Smart Scopes project for Ubuntu 13.10 Saucy Salamander, transforming the Dash into a search area, acting itself like a search engine, capable of searching on both the local computer and online websites. Read this article to find out more about the Unity Smart Scopes (100 Scopes). 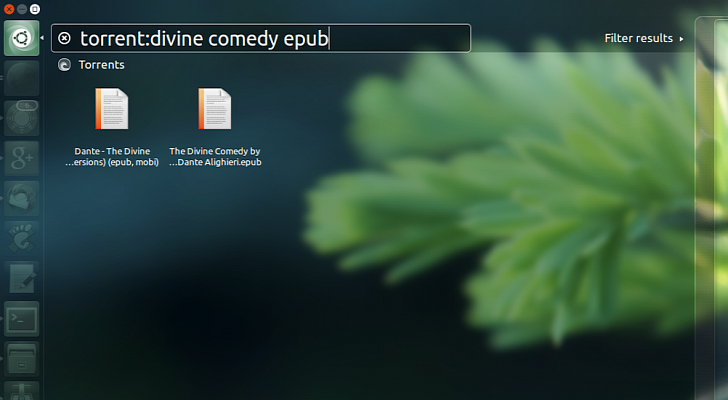 Among other Lenses for Unity, the Ubuntu developers created a Torrent Lens for Ubuntu 14.04 Trusty Tahr, that enables the users to easily search for torrents, directly from the Unity Dash.

Mark Shuttleworth has already agreed to integrate it as default on Ubuntu 14.04, since Canonical is also providing Ubuntu via torrent. For now, the Torrent Lens uses The Pirate Bay to search for results, but more trackers may be added until April 2014, when Ubuntu 14.04 is scheduled for release.

If the Torrent Lens will reach the stable version of Ubuntu 14.04 Trusty Tahr, Ubuntu will be the first operating system that implements this functionality, by default.