Hello Linux Geeksters. As you may know, a few Ubuntu developers has started work at an Instant Messaging app, which will be named Ubuntu IM. Recently, instant messaging apps like WhatsApp and Telegram became very popular among the smartphone users, despite the fact SMS messages are quite cheap. 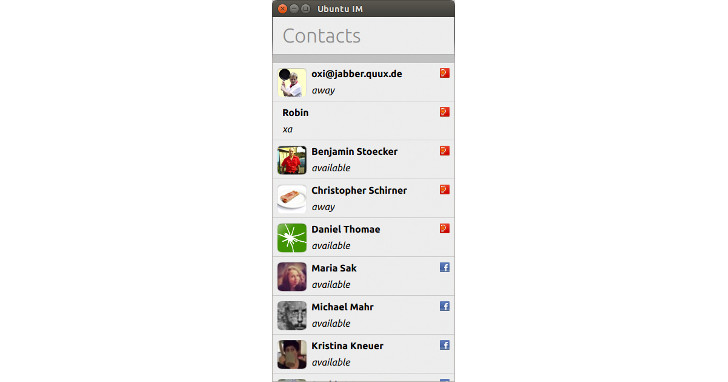 A few developers have started the work for a telepathy client for the Ubuntu SDK, called Ubuntu IM, which may be usable in May 2014, having all the basic features implemented by then. The idea is to get it ready and merge it with the messaging-app.

Most likely, the new app will be similar to Pidgin, having support for a lot of popular messaging protocols.

Canonical worth mentioning, Canonical is creating its own email client, for both Ubuntu desktop and Ubuntu Touch, using the good old Trojita as a code base.

As a reminder, both the desktop and mobile versions of Ubuntu 14.04 Trusty Tahr will released on the 17th of April 2014.