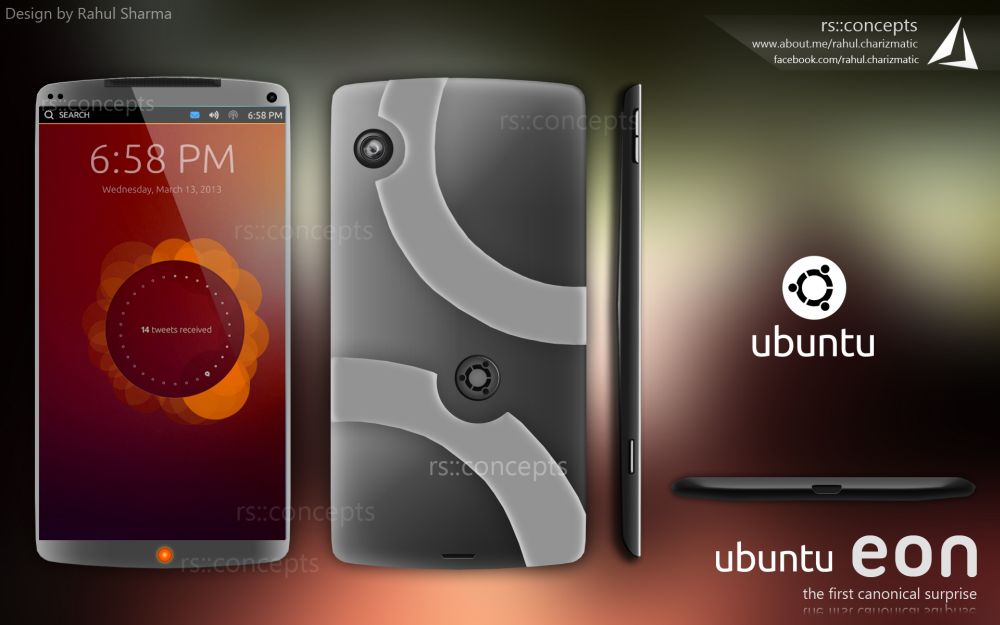 Ubuntu Eon has is a design that resembles both Nexus 4 and Nexus 5 smartphones from Google/LG, having the front part created by polycarbonate and the rear part by chrome, with the Ubuntu logo on it. The lower part has a LED that turns red when the user gets notifications, matching Ubuntu’s burgundy-purple colors.

The concept was designed to have a 5-inch Full HD display with IPS Gorilla Glass 3, runs on a quad-core 2.3 GHz Qualcomm Snapdragon 800, has 2 GB of RAM memory, 64 GB internal storage, a 13-megapixel camera sensor with Nikon on the back and a 3.2 megapixel sensor in the front, and HDMI port for pluging the smartphone to the TV.

For those who don’t know yet, Mark Shuttleworth’s big dream is to reach full convergence between the mobile and desktop versions of Ubuntu, as soon as possible, or at least before Microsoft does this, with Windows.

For now, Ubuntu Touch, the mobile version of Ubuntu, is not stable and mature enough to compete with Android and iOS, but it gets better and better with each update patch.

Also, Mark Shuttleworth has announced they have signed with a mobile phone manufacturer (for now unknown) to release Ubuntu Touch powered smartphones.