Hello Linux Geeksters. About two weeks ago, the Canonical developers have announced that they will not be creating Ubuntu Touch images for Nexus 5, until the release of Ubuntu 14.04, which is scheduled for the 17th of April, 2014. For now, they are focusing on the development of Ubuntu Touch for the Nexus 4 smartphone and the Nexus 7 (2013) tablet. For more information, read this article.

Despite the fact that Ubuntu Touch is not support on Nexus 5, an Italian enthusiast has experimentally ported it. The operating system runs well, but many basic phone functions (like the dialer) don’t work. 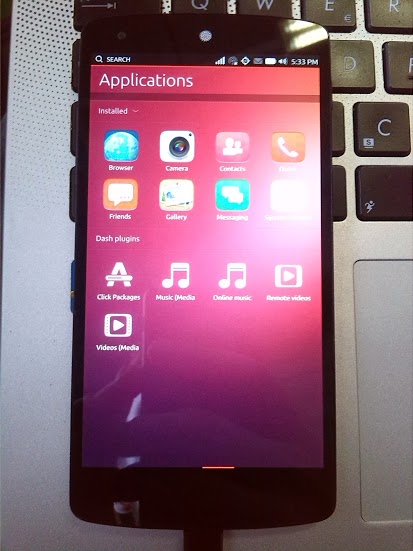 You can see for your self Ubuntu Touch running on Nexus 5 in the below video, which unfortunately is in Italian.

However, I have manage to make a list of the things that work well and the features that don’t work at all.