Ubuntu Touch Will Get A 500px Scope For Unity 8 Soon

Hello Linux Geeksters. As you may know, the Ubuntu developers have worked a lot lately at creating new scopes for Unity 8, which now runs only on Ubuntu Touch. For now, the latest Ubuntu Touch images do not include all the new scopes developed, but they will be added most likely, until the 17th of April, when a new Ubuntu Touch stable image will be released (along with Ubuntu 14.04).

For those who don’t know, the Unity Scopes are a bunch of functions that enable the users to use different online services directly via the interface. Each service has its own scope. (example: Amazon scope, Ebay scope, 8tracks scope, now 500px scope).

Canonical has started work at a scope for 500px, enabling the users to search for 500px photos directly from the Unity Dash, and filter their output. While the 500px Scope is under development, it may be added by default soon. 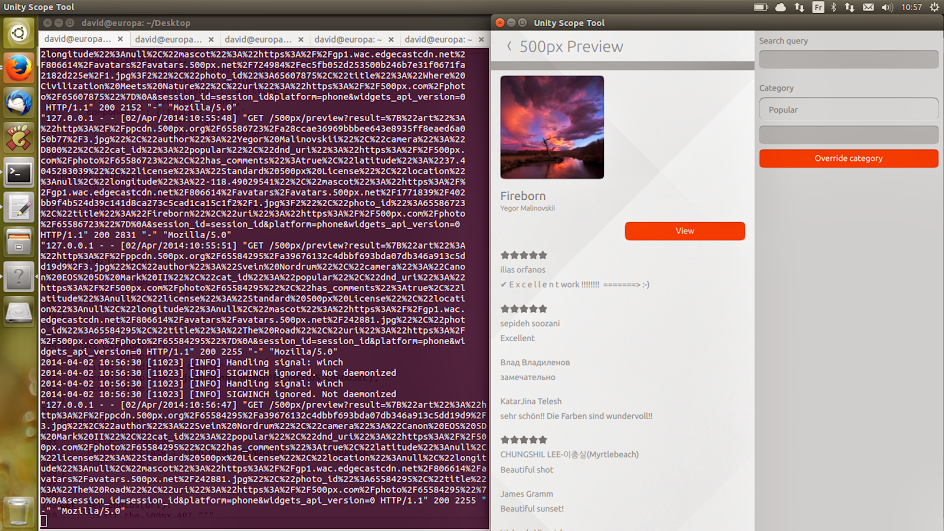 While all the new scopes are available only for Ubuntu Touch (for now), they will be most likely implemented for the desktop versions of Ubuntu, along with Unity 8 for desktop.