Hello Linux Geeksters. Canonical has been working hard at their Ubuntu Touch lately, improving both Unity 8 and Mir, in order to get the mobile OS one touch closer to stability. Mark Shuttleworth hopes to revolutionize both the desktop and the mobile world with its Ubuntu and the mobile-desktop convergence, and Canonical is adding unique features to its Ubuntu Touch, some of them not being available on iOS and Android.

While Android and iOS are somehow using similar interfaces and borrows features from one to another, the developers try to make Ubuntu Touch different from the others.

As you may know, the Ubuntu Touch interface is very gesture based, based on swiping. According to the Canonical Design Team, the bottom swipe is a very important feature of the interface and they encourage the users to make use of this “bottom swipe feature” a lot. The users can do a lot of actions via bottom swipe, like: view the Scopes when bottom swiping in the Dash, start a new conversation via bottom swipe in the Messaging app or show a 3D cartwheel of all the opened sites when the users swipes the bottom. 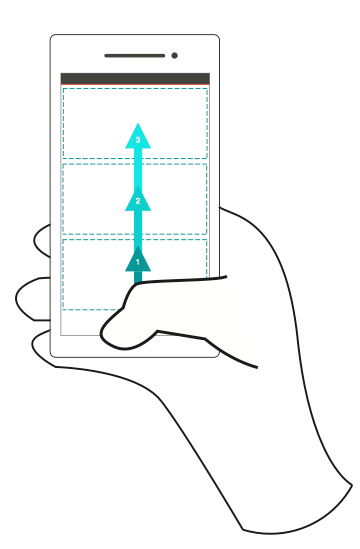 Also, Canonical is encouraging the developers to add particular functions based on bottom swiping.

This bottom swiping concept is somehow similar to Sailfish OS’s pulley menu, from my point of view. But yes, it may be very useful for the users, if the apps will get bottom swipe functions.