Hello Linux Geeksters. As you may know, the Ubuntu developers have been working a lot at Ubuntu Touch lately, especially at Unity 8 and Mir.

Among other new things that got recently implemented on Ubuntu Touch, Canonical has created a brand new app switcher, enabling the users to see the running apps shown as a revolving door (or carousel) and easily switch between a bunch of apps with one swipe.

Alan Pope, one of the Ubuntu developers has posted the below photo of the new app switcher on his Google+ account. 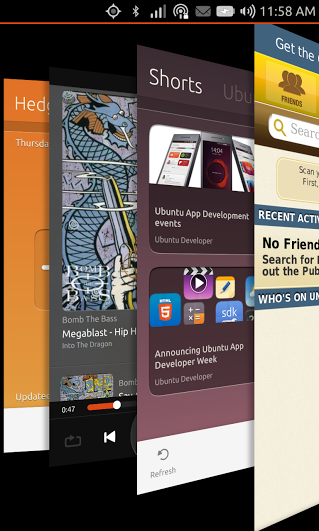