Unity 8 Is Looking More And More As A Desktop DE

As you may know, Unity 8 is Canonical’s future generation desktop environment designed to work with the Mir display server. Currently, the two are implemented only the mobile version of Ubuntu, named intuitively Ubuntu Touch.

For now, the Ubuntu systems use the good old Unity 7 DE, Canonical focusing now on reaching feature parity between Unity 7 and Unity 8, making Unity 8 accessible for everybody already familiarized with Unity 7.

Michael Hall, an Ubuntu developer and community manager has assured the users that Unity 8 will not look and behave as a mobile interface and created the below screenshots of Unity 8 running on Ubuntu desktop. 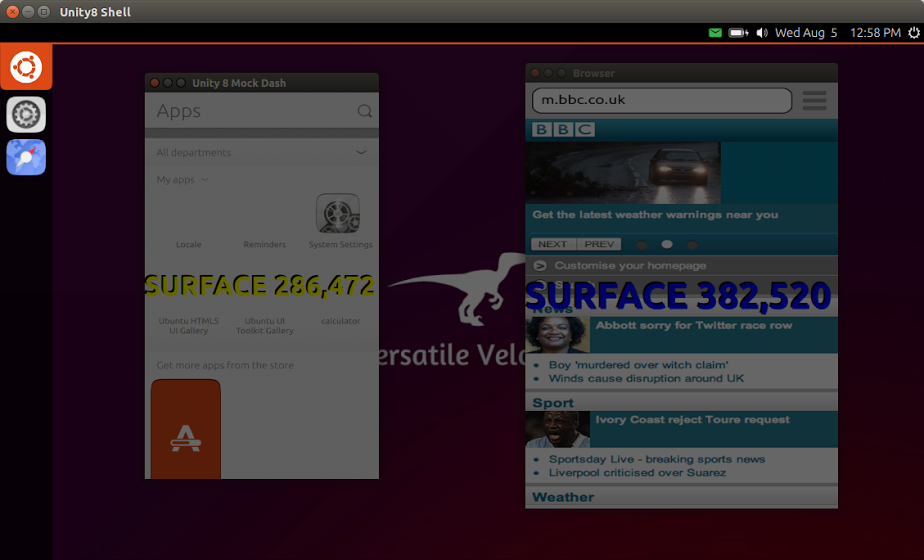 If you are new here, Canonical’s endgame is to make Ubuntu the first convergent system from the web. The convergent Ubuntu will have the same code for both the mobile and the desktop versions the interface being somehow responsive. While the mobile version is has fullscreen windows only, on the desktop the windows can be resized.