Hello Linux Geeksters. As a reminder, Valve has recently presented their new Steam Controller at the GDC (Game Developers Conference) 2014, which does not have a touchscreen anymore, but comes with new buttons, a home button with the Steam logo in the middle, Start and Select buttons for the Steam Music service, which enables the users to simultaneously play and listed to music, from the internal storage or from the internet, and double diamond positioned 8 buttons. 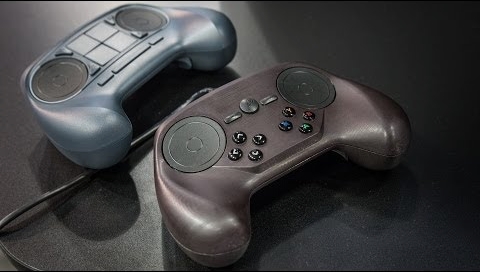 Valve has decided to remove the touchscreen due to the fact that the 300 lucky testers of the Steam Controller did not find it so useful.

The guys for Tested.Com has created a video demo of the new Steam Controller. For more information, see the video for yourself.