Hello Linux Geeksters. The developers from Technologies Abalta have created the Weblink project, an in-vehicle infotainment (IVI) solution, which uses a small ARM computer similar to the Raspberry Pi single board, for interacting with the car via the mobile phone. Also, it enables the users to surf the internet, in order to find real-time information about traffic, check emails and many other internet activities. 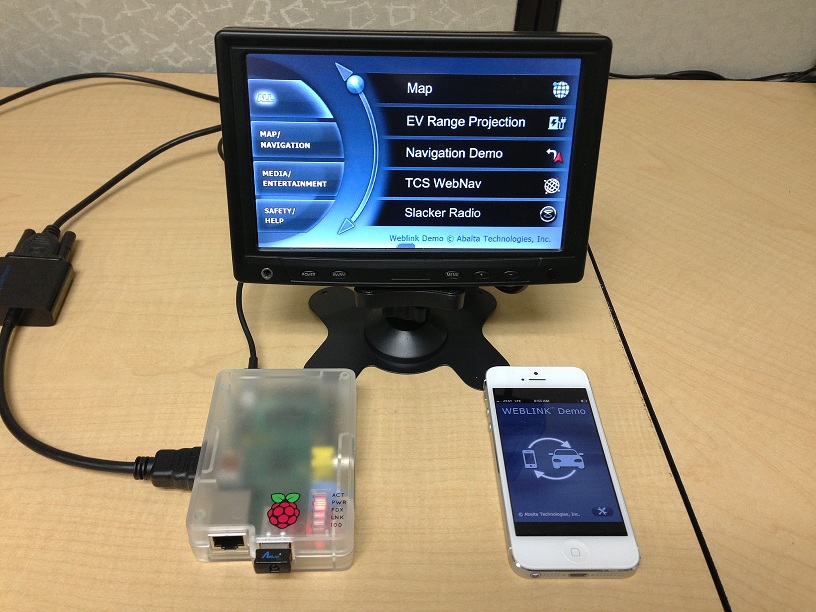 The Weblink Project uses a Raspberry Pi Model B, pluged into a 7-inch touch screen, has some USB ports and Wifi + Bluetooth modules, for interacting with other devices. It runs a Linux system, optimized for touch screen usage, and has many applications built with HTML5. To access the ARM computer from the car, you have to use the Weblink application, which is available for both Android and iOS. More information can be read on ArsTechnica.

The developers have used the Raspberry Pi board as the brain of the project because it is cheap and needs low power.