Yet Another Convergence Demo: Desktop, Phone And Tablet All Running Ubuntu

Canonical’s endgame is to create a full desktop-mobile convergent system, to run the same code-base on Ubuntu Desktop, Ubuntu Phone and Internet of Things devices. Also, the user interface is responsive, adjusting itself to fit best the screen.

The Ubuntu Touch Core Apps are already convergent-ready, and now Canonical is focusing on optimizing the Unity 8 desktop environment and Mir display server, now used on the Ubuntu Phone, to work on the Ubuntu desktop as well. Also, because handing dependencies on mobile phones is tricky, Canonical has created snap packages which already pack all the required dependencies, for an easier install.

Microsoft, on the other hand, despite the fact that they also plan to create a convergent system mobile, desktop and ioT, the three systems for the devices mentioned do not share the same code.

An Ubuntu community member has posted the below picture on its Google+ account, showing Ubuntu on desktop, phone and tablet. 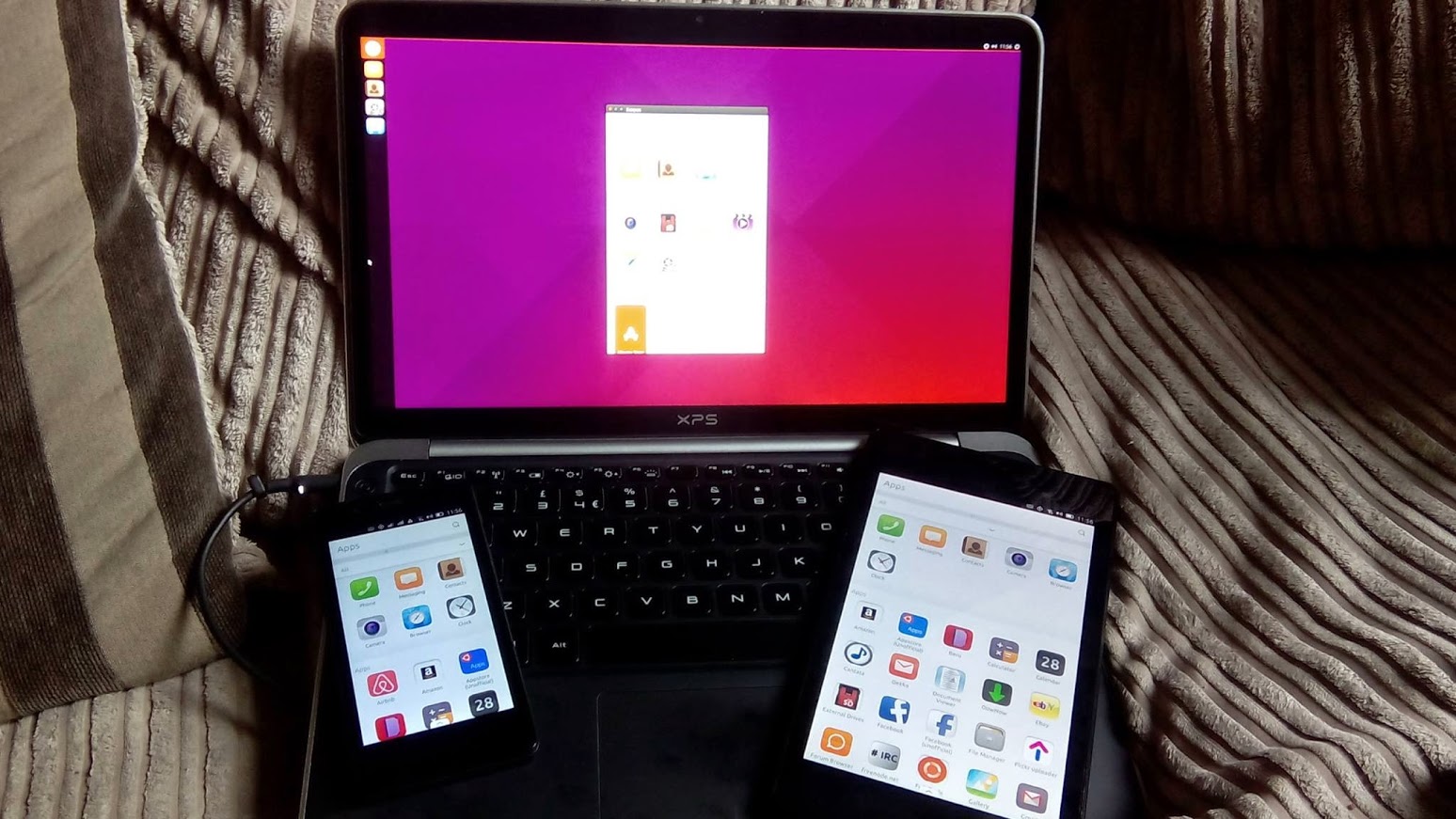 Nobody can estimate when the convergence will be 100% ready, but to my mind, Canonical has real chances of creating the first convergent operating system, despite the fact that Microsoft, Google and Apple want to achieve the same thing.